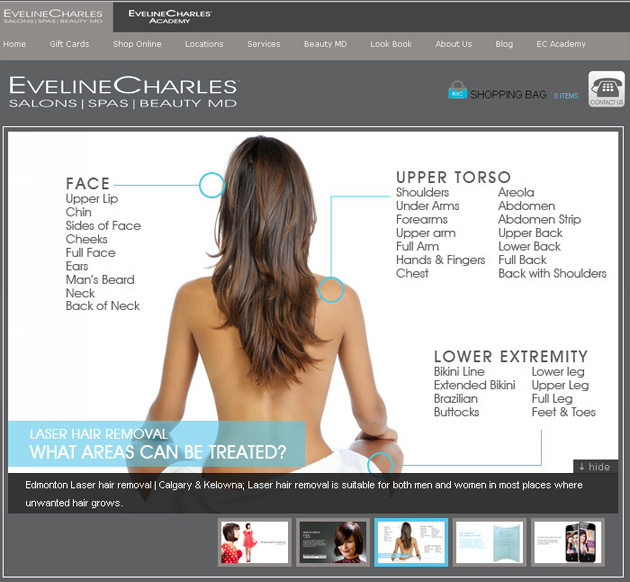 Eveline Charles entered into the hair industry in 1974 and ten years later, opened her first salon, Bianco Nero, in Edmonton, Alberta. Blessed with creative flair and an innate business sense, Eveline quickly established Bianco Nero as the city's premier beauty salon. In 1995, Eveline seized the opportunity to be at the forefront of the day spa movement and expanded her salon to include a full-service spa; by 1998, a second Bianco Nero salon and spa was opened in West Edmonton Mall.

During this time, Eveline stepped out from behind the salon chair to focus entirely on developing her business. In 1999, Eveline was faced with a difficult decision - in order to expand her business into other markets and develop product lines she would need to change the name of the company. The existing Bianco Nero locations were re-branded EvelineCharlesTM Salons • Spas in 1999.

You will find Eveline Charles in these categories: