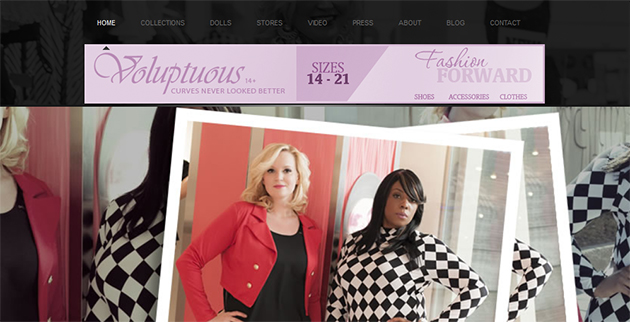 Although Voluptuous Clothing is now a  retail success story, Angela Samuels, its founder and CEO, faced a series of daunting hurdles to open the first store in 2000. Convincing the industry that plus-sized women want fashionable, sexy clothing in their own sizes was initially a tough sell.

Yet Samuels, a former plus-sized model for designers such as Brian Bailey and retailers including Sears, Wal-Mart and Zellers already knew from firsthand experience on the runway and in photo shoots how uninspiring, conservative and unflattering plus-sized apparel can be. As a social worker with experience counseling young offenders, she also fully understood the serious consequences of a negative body image.

Samuels began Voluptuous Clothing as an initiative to empower young women through vibrant, flattering and stylish clothing. While building her business, Samuels hired her mother Cynthia Rowe to help run her empire. Today, as a result of her hard work & mothers savvy business sense, they have broke down many barriers and struggles that plus size women face. Voluptuous Clothing is a powerful retail phenomenon with a loyal customer base and continuously increasing sales. Today Voluptuous shoppers are embracing their curves, wearing the latest fashion trends and feeling satisfied with the way they look. Voluptuous continues to evolve, revolutionize the world to including plus size women in trendy, sexy, high fashion clothing.

You will find Voluptuous in these categories: