About The Golden Tulip 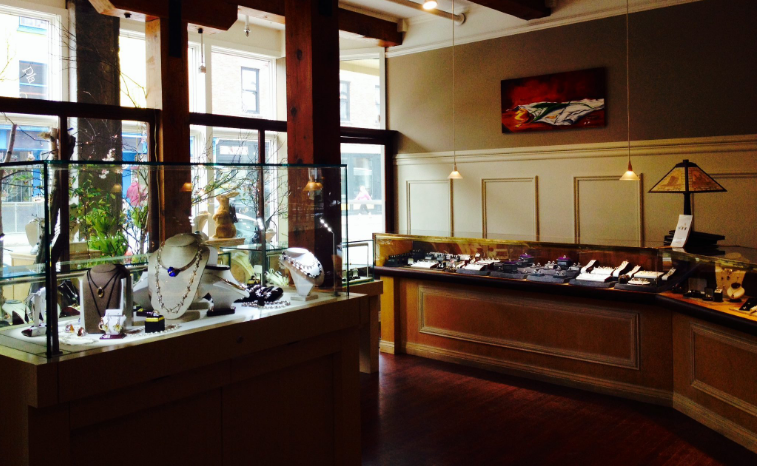 As a family-owned business, we have been offering high quality goldsmith services and jewellery products to the people of Newfoundland and Labrador for over 40 years.

The Golden Tulip is the realization of a long held vision by its founders Terry and Julia George, who bring with them over 40 years experience in the jewellery and diamond trade.

Terry, a master goldsmith, began his apprenticeship at a young age, in his hometown of London, England.

There he worked for some years in Hatton Gardens, the hub of London’s jewellery district, alongside some of the best jewellers in the world.

Things took an unexpected turn when he met his future wife, Julia, in Spain.

Eventually, they returned to her native Newfoundland to live and Terry got his first taste of the Canadian jewellery industry.

With Julia’s background in art and graphic design, it wasn’t long before they were designing and making jewellery of their own.

Given Terry’s expertise and Julia’s flair for design, it was always their intention to open something quite “out of the ordinary” when compared to most commercial jewellery stores.

They wanted to offer their customer the kind of jewellery normally only found at the best design houses in the world.

The Golden Tulip is a culmination of everything they’ve seen, learned and loved about the jewellery business.

It is their hope that you enjoy it as much as they do!

You will find The Golden Tulip in these categories: