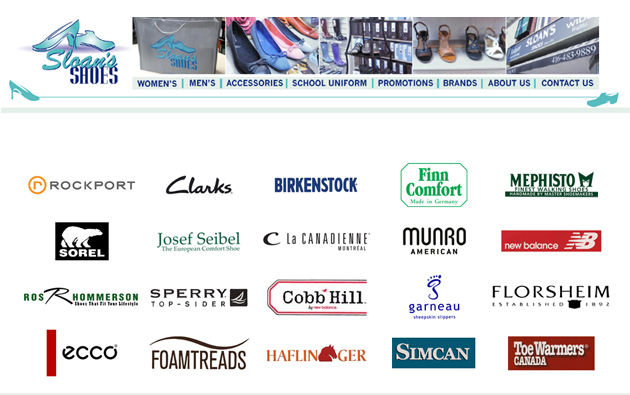 My grandfather William Sloan established Sloan's Shoes in 1952 when he retired from Maher shoes to set up his own store. It has remained at the same location ever since. William ran the store with the help of his son Robert until 1965, when he retired from the shoe business.Robert then took over the store.

The business grew through the 70's and 80's. After a short career in the computer business I started working full time at the store in 1992 with the thought of taking over when my Dad retired. We worked together until 1997 when Robert retired.

Now, I and my wife Denise run the store. Our children, Kevin and Andrew occasionally help out around the store, continuing a Sloan tradition for over 60 years.

You will find Sloan's Shoes in these categories: