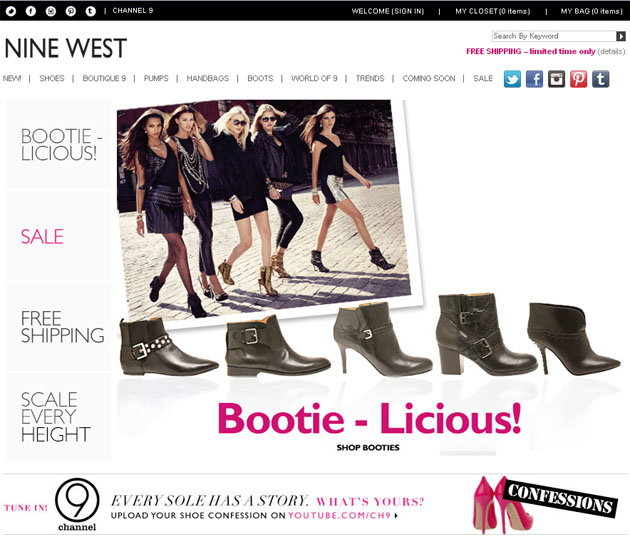 Fred Allard has served as Creative Director since 2006.

Named for its founding location in the Solow Building at 9 West 57th St in New York City, Nine West opened its first specialty retail store in 1983 in Stamford, Connecticut. It has since become an internationally-recognized brand located in over 800 global locations in 57 countries. The corporate headquarters are located in White Plains, New York, with estimated employee size 390 & overall employee size over 10,000.

In 1999, Nine West was acquired by Jones Apparel Group.

You will find Nine West in these categories: