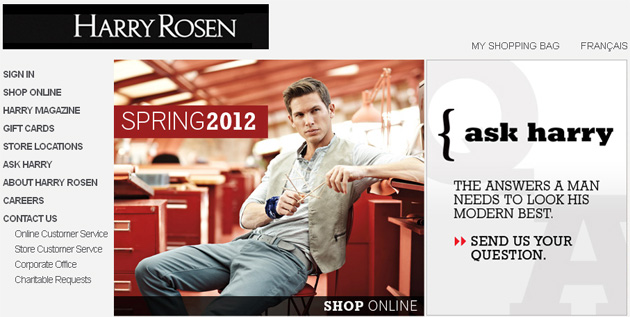 In 2004, he served on the Mt. Sinai Board of Governors, Ryerson B.Com program in retailing advisory board and on the Cabinet of Major Individual Gifts for the United Way of Canada.

He appeared in a promotional campaign for the Centre for Addiction and Mental Health to promote services for those affected by addiction and mental health issues in the Toronto area.

You will find Harry Rosen in these categories: