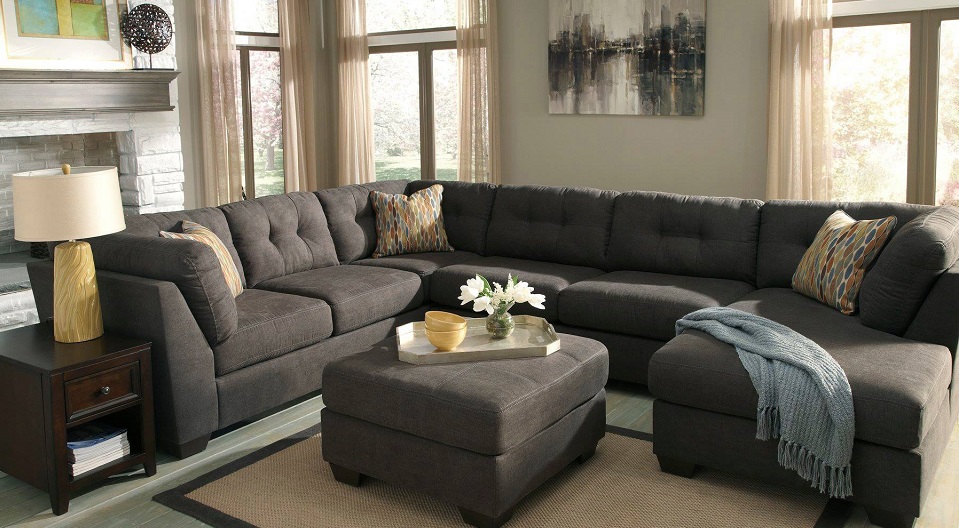 The original store was located on the east side of Main Street about halfway between 1st and 2nd Avenue. In the fire of 1929, this store was burned to the ground, as were most of the other buildings in this business section of town.

Carmen Coleman was born at Lyn, Ontario April 11, 1901 and came to Wainwright with his mother, two brothers, and two sisters in the spring of 1911.

In order to maintain her family, Mrs. Viola Coleman operated a boarding house in a two story building that was located on the site of the present Centennial Library.

She was also a very accomplished milliner and seamstress and together with her daughters graced the heads of many of the women of the town and district with the latest fashions in ladies headwear.

In the later years of her stay in Wainwright, Mrs. Coleman devoted all of her time to the manufacture and sale of ladies hats from a small shop next door to the A.C. Armstrong Store.

In November 1915 Carmen took a job as a delivery boy and helper in the A.C Armstrong Store.

In 1922 Carmen married Mary Johnston who was the niece of A.C. and had decided to follow the career of a merchant.

This began the family legacy that would travel through 100 years and 5 generations.

After the fire of 1929, A.C. and Carmen decided to rebuild the store on the south west corner of Main Street and 2nd Avenue, where Fields is currently located.

Carmen continued to work with A.C. until 1933 when Armstrong suffered a sever heart attack and retired from the business. This left Carmen as manager in which capacity he remained until 1946 when he became proprietor of the business. A.C. Armstrong moved to Ottawa, where he resided until his passing.

Carmen took his two sons, William, just back from service in WWII, and Adam, just out of high school, as his partners together with their sister Margaret.

Carmen and his two sons operated A.C. Armstrong Co. until 1965, when Coleman Sr. passed away from a heart attack.

After two expansions to the main street location in 1938, and again in 1952, Bill and Addie moved the grocery section of the business to a separate location in 1966.

The grocery department then became known as Tom Boy Groceteria, and was located directly behind the current Fields store. Bill and Addie operated the two locations until 1976 when Norm and Allan, Bills two sons joined him as partners after purchasing the shares of their uncle Addie.

In 1978 the decision was made to expand once again, and a new 25,000 square foot building was built in the current Armstrong’s location on 2nd Avenue.

At this time, half of the building was groceries and half was the department store.

In 1980, the grocery side of the business was leased to Horne & Pitfield and was operated as an IGA food store. In 1982, William Coleman passed away, leaving Norm and Allan Coleman as partners owning and operating Armstrong’s Department Store, until 2008.

In August 2008 Norm’s wife Connie, their daughter Margaret, and her husband Marty joined him as partners, purchasing Allan Coleman’s shares.

It was at this time they opened new Armstrong’s Countrywide Home Furnishings store, where Norm and Margaret currently manage. Connie and Marty took over management of Armstrong’s Department Store, and it currently operating as Armstrong’s Clothing & Sports.

You will find Armstrong's Home Furnishings in these categories: