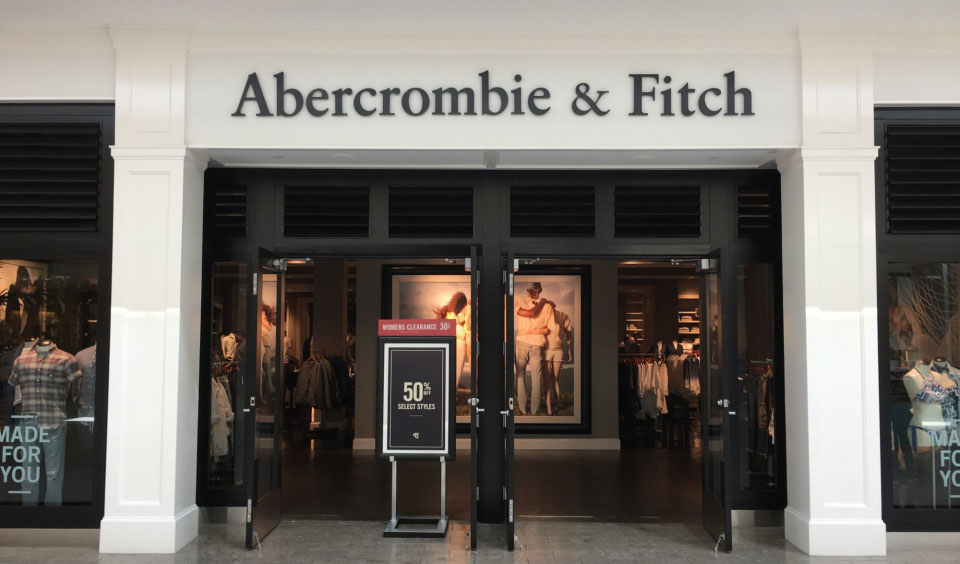 Abercrombie & Fitch (A&F) is an American lifestyle retailer that focuses on casual wear. Its headquarters are in New Albany, Ohio. The company operates three other offshoot brands: Abercrombie Kids, Hollister Co., and Gilly Hicks[2] As of February 2020, the company operated 854 stores across all brands.[1][2]

The original Abercrombie & Fitch was founded in 1892 in the Manhattan borough of New York City, New York, by David T. Abercrombie as an outfitter for the elite outdoorsman. Ezra Fitch—a wealthy lawyer and real estate developer, and devoted customer of the Abercrombie Company—bought a significant interest in the business in 1900.[6] In 1904, it was incorporated and renamed "Abercrombie & Fitch Co." Fitch eventually bought Abercrombie's share of the business becoming the sole owner from 1907 to 1928.[6] The company was an elite outfitter of sporting and excursion goods, particularly noted for its expensive shotguns, fishing rods, fishing boats, and tents[6] At one time it had outfitted Theodore Roosevelt's safari and Adm. Richard E. Byrd's expedition to Antarctica. Ernest Hemingway was also a regular customer and following the writer's death in 1961 his wife placed several of his guns on consignment with Abercrombie and Fitch.[7]

By the 1970s, the business was struggling with lower priced competition while trying to maintain its image. It was known for holding an extensive inventory of lavish items but operating expenses forced them to shed the most expensive items, such as an $18,000 ($80,000 in 2018) gold and onyx chess set. Cash flow problems forced them to also cut inventory on moderate priced items.[8]

You will find Abercrombie & Fitch in these categories: