About The Pear Tree Restaurant 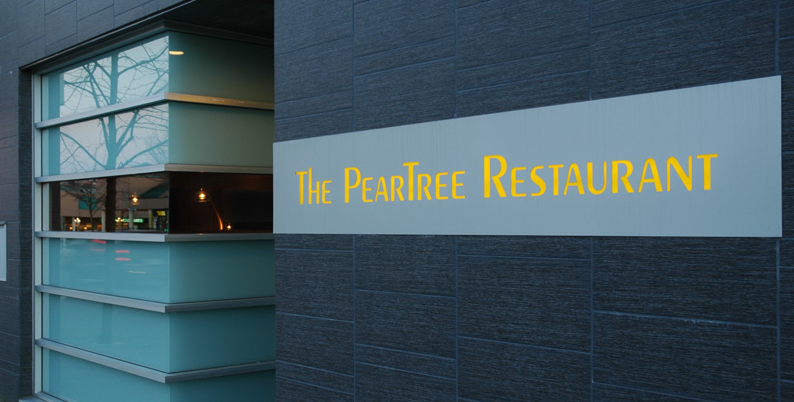 After taking the helm of a pre-existing restaurant space on Christmas Eve of 1997, Scott and Stephanie Jaeger opened the doors to The Pear Tree Restaurant in January of 1998 following some interior renovations.

Positive feedback from diners confirmed that there was a desire for a high quality dining experience outside of the downtown core, and in April of the following year the restauraunt was awarded Best New Restaurant from both Vancouver Magazine and the BC Restaurant Association, as well as receiving Restauranteur of the Year from the latter.

The Pear Tree has been awarded Vancouver Magazine’s “Best of the ‘Burbs” each subsequent year since.

The Pear Tree Restaurant has received numerous critical and publicly voted honors including a coveted Zagat rating. In 2005 Chef Jaeger competed for the chance to represent Canada in the prestigious Bocuse D’Or Culinary Competition in Lyon, France.

He won the honor, and began preparing for the 2007 competition against 24 other countries.

In September of 2005, the restaurant closed its doors for 40 days, undertaking major renovations which included expanding into the unit next door, virtually doubling its original size.

Maintaining an intimate 50-seat dining room, a lounge area was added along with a 1200 bottle vinitec to accommodate an expanding wine selection. January of 2007 came around, and Chef Jaeger and his team went to Lyon, bringing home a 7th place honor.

Now entering their tenth year of operation, Scott and Stephanie Jaeger invite you to come and enjoy what they do best.

You will find The Pear Tree Restaurant in these categories: